Start the story from here!

Hey guess what? It’s October, and you know what this means? ONE PANEL EVERYDAY.

You probably know this meme where artists draw one drawing a day from a prompt list, and it’s called, uh, somethingtober? Yeah, let’s do the same thing this month. Paneltober. One panel a day, with a story to follow. Gonna be epic.

Unfortunately, the guy who made up the whatevertober meme was apparently accused for some nasty stuff like stealing someone else’s stuff to capitalize on his brand, so it’s best to avoid the official list, but none of the alternate lists were appealing to me, so eh. Let’s use the official list anyway. And give absolutely no credit whatsoever and put mine in its place, so it’s stealing. I think. Kinda hard to steal something that is free to use by everyone else. 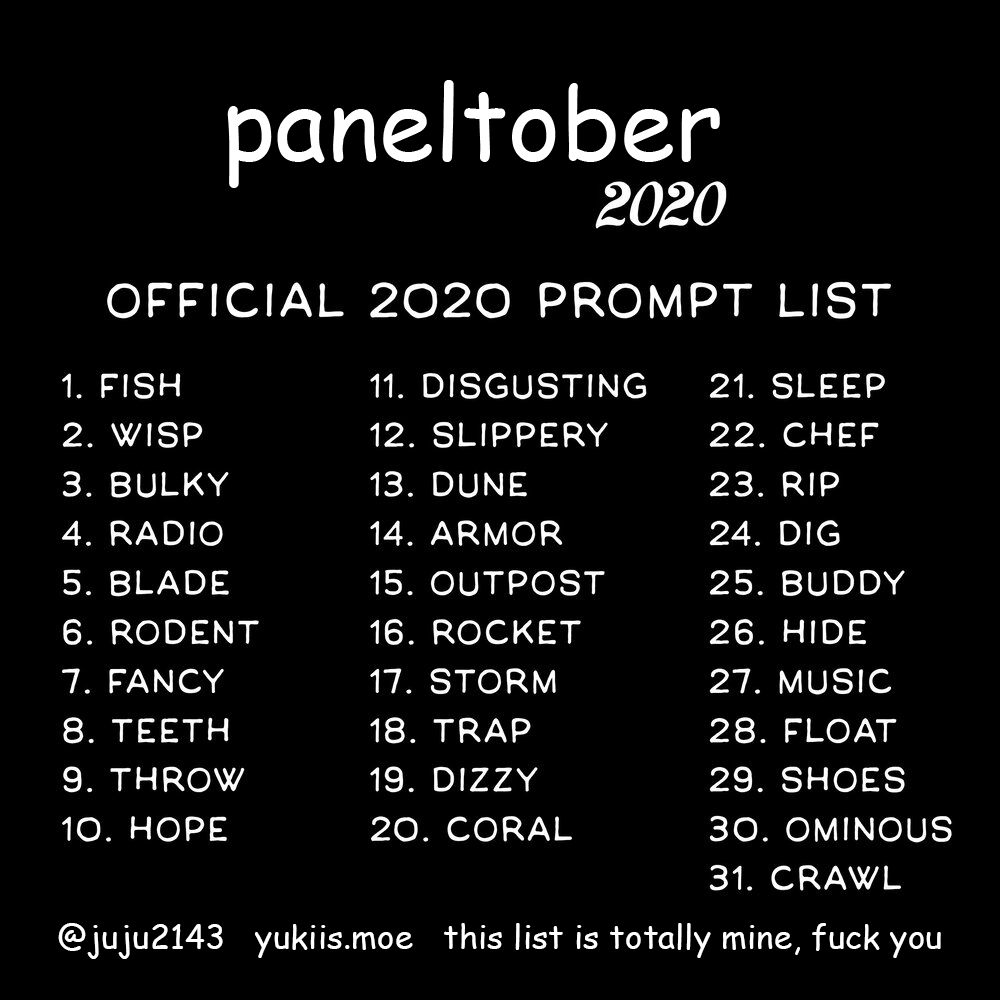 Forgive me God for I have sinned. Happy paneltober.

Follow Yuki and her friends in Horse Life 98, a comic of crazy adventures, silly hijinks and epic weirdness written and drawn by the one and only J. P. Savard.

Updates whenever, no schedule at the moment, follow those social networks to find out when a new episode is uploaded!